"Teaching the craft of the camera"
"Exploring the art of Photography" 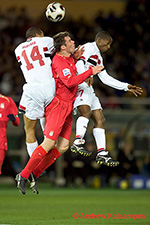 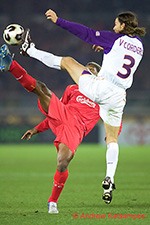 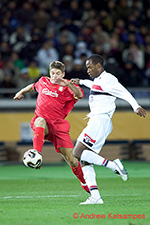 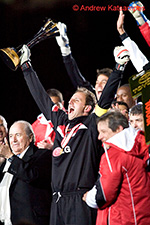 "Inside the Documentary"
by Andrew Katsampes
Monday, September 17, 7:30 PM

Ever wonder how that documentary was made? How to get those once in a lifetime shots? Join us for something new, different, and exciting as we travel through the making of a documentary. In December 2005, Greater Lynn Photographic Association member, Andrew Katsampes, photographed the 2005 Federation Internationale de Football Association (FIFA) Club World Championship in Japan. At the same time, Andrew was a character in a National Geographic Television and Film documentary titled, 'Inside.' This presentation is an 'annotated video.' As the documentary plays it will be paused for relevant background information or anecdotes by our speaker. As an attendee you will get an inside look into documentaries and how they are produced. View how they manage the logistical problems caused by video and sound equipment limitations. See how they handle and get around various situations caused by the host organization, based out of Switzerland, as FIFA will also be explained.

A member of Greater Lynn and the Merrimack Valley Camera Club where he competes in the mastersâ€™ class at both, Andrew is known for his spectacular award winning sports photography. Professionally, he shoots for International Sports Images (ISI) photographing Major League Soccerâ€™s (MLS) New England Revolution and the Womenâ€™s Premier Soccer League (WPSL), the Boston Breakers. Andrew also photographs high school year book sports for Life Touch. Extremely knowledgeable in all computer programs and systems, in his prior life our speaker was a computer/web site programmer and is now also responsible for the design and technical maintenance of the Greater Lynn web site. His future projects include a gallery display at the Melrose Public Library, featuring poster sized sports prints of his work. Andrew states that these new images will be out of his personal library and not have been seen or used for any type of previous competition or display.